It’s about time. The final four sculptures that make up the finalists for the first ever memorial dedicated to the Navy SEALs are on display at the National Navy SEAL Museum in Fort Pierce, Florida. The public is invited to view these extraordinary works of art and express their thoughts about each one, as the museum prepares to decide which one will finally be commissioned as the sculpture that will be used for the memorial.

National Navy UDT-SEAL Museum curator Ruth McSween has expressed that this memorial needs to be “as elite as the people it represents”, as the memorial is set to be the first and only one dedicated to the U.S. Navy SEALs. 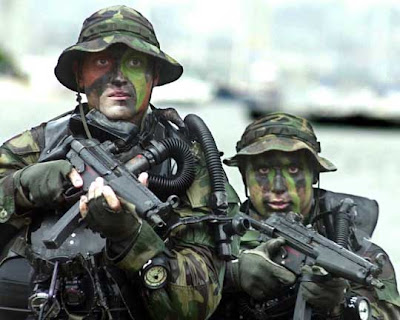 The chosen sculpture will be cast in bronze and surrounded by granite walls which will be inscribed with the name and information of every Navy SEAL and Underwater Demolition Team member who lost his life in the line of duty. In addition to honoring these brave men, the memorial will also give rightful recognition to the families and loved ones they left behind. The memorial project is led by Dave Godshall, himself a former Navy SEAL.

The sculptures are from four nationally and internationally known artists, namely: Roy Shifrin, Ann Cunningham, Steve Dickey and Eduardo Gomez. They have been selected based on their artistic abilities, knowledge of the Navy SEALs, and previously commissioned works.

Roy Shifrin is a New York City native and alumnus of The Cooper Union School of Art in Manhattan who served as an artist in Army Special Forces. He works primarily with bronze. Ann Cunningham specializes in the creation of tactile pictures. Steve Dickey also works extensively with bronze and was commissioned to do a bronze sculpture of former Tampa mayor Dick Greco. Colombian Eduardo Gomez is the founding president of the Arkansas Sculptors’ Guild and teaches figurative sculpture.