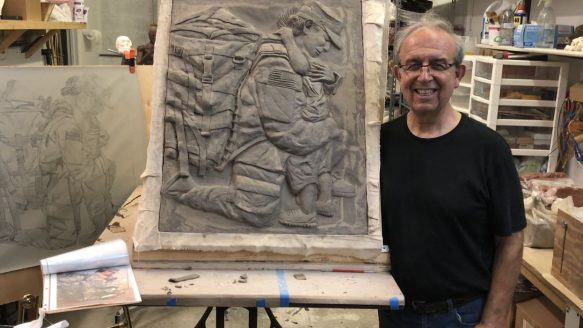 Jensen Beach sculptor Eduardo Gomez Rojas unveiled his latest tribute to the military during Military Appreciation Day held in Memorial Park. Mr. Gomez-Rojas said he spent the last 10 months creating “Unconditional,” a bronze bas-relief depicting a female soldier and her young child after researching the topic of women in the U.S. Armed Services. Using his own daughter and granddaughter as models, he borrowed a uniform, boots and a backpack from a female army colonel who also helped serve as a consultant on the project. Continue Reading 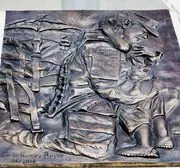 While rain postponed the first event, the sun shined brightly for the rescheduled installation of a new sculpture at Memorial Park. Even still, there were few dry eyes in the audience as the artwork honoring military service was unveiled. Continue Reading